Yamuna polluted beyond control: Even its treated water can kill you 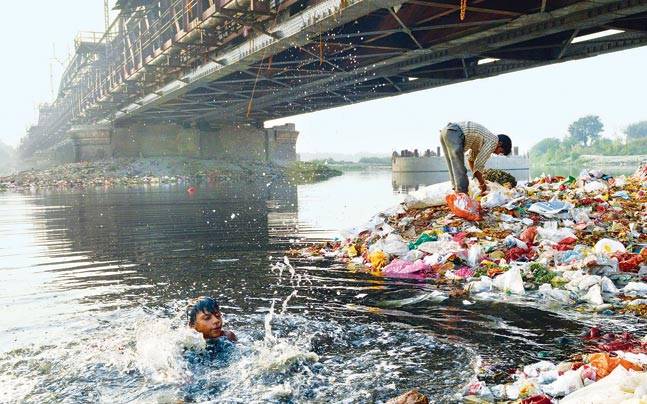 A study published in the International Journal of Engineering Sciences and Research Technology concluded that even the expensive water treatment plants were incapable of treating the polluted water, and that the water was unfit for any purpose.

With its status close to 'dead', the Yamuna river in Delhi sees no signs of healing. The water is toxic and unfit for any purpose even after treatment, a study has revealed.

"Even expensive water treatment technologies are incapable of treating the polluted river water. And, the conventional water processes based on chemical filtration and biological treatment are not suitable for removing the Total Dissolved Solids (TDS)," stated the study published in International Journal of Engineering Sciences and Research Technology.

Researchers collected and tested water samples from the Najafgarh drain, a nursing home drain out, the stream of Yamuna near the Nizamuddin Bridge, Okhala barrage, near the origin of Agra canal - all of which flow into the Yamuna.

It was noted that an alarming amount of polluted water gets supplied to the Agra canal for irrigation in agricultural lands of 638 villages.

"We investigated the impact of urban runoff on the water quality of the Yamuna river in Delhi, which flows into the Agra canal and is used for irrigation purposes. Results showed drastic variations in each of the water samples after treatment," said R S Dubey, Department of Applied Chemistry, Amity University, Noida, the author of the study.

HERE IS WHAT THE STUDY SAYS