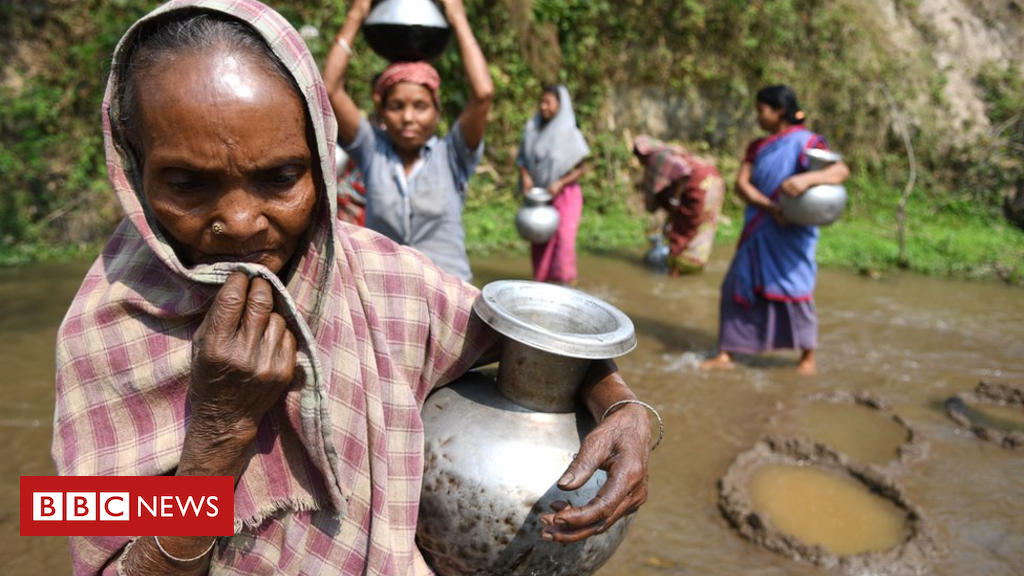 The Niti Aayog report, which draws on data from 24 of India's 29 states, says the crisis is "only going to get worse" in the years ahead.

It also warns that 21 cities are likely to run out of groundwater by 2020 despite increasing demand.

This would also threaten food security as 80% of water is used in agriculture.

Indian cities and towns regularly run out water in the summer because they lack the infrastructure to deliver piped water to every home.

Rural areas are also badly affected by a lack of access to clean water. They cannot rely on groundwater due to erratic rains and the fact that the groundwater is increasingly used for farming when monsoon rains are delayed or insufficient.

Around 200,000 Indians die every year because they have no access to clean water, according to the report.

Many end up relying on private water suppliers or tankers paid for the by the government. Winding queues of people waiting to collect water from tankers or public taps is a common sight in Indian slums.