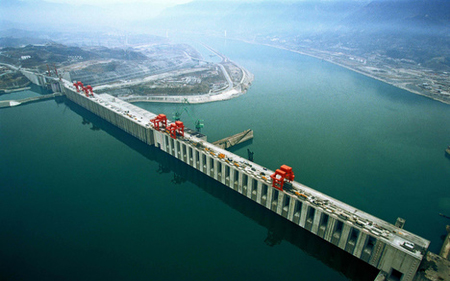 Bangladesh is keen to have India as a "stakeholder" in the proposed USD 4 billion Ganges barrage project and a team from India's water resources ministry will soon visit Dhaka.

State Minister for Water Resources Nazrul Islam said two Chinese firms were keen to wholly finance the project and even Japan was willing to fund at least USD 2 billion.

"But because the Ganges flows into Bangladesh from India, we take a long term view of the project and our prime minister is keen to get India into it," he told bdnews24 online. He said a team from India's water resources ministry will soon visit Dhaka to hold discussions on the barrage project.

"The issue was raised during Prime Minister Narendra Modi's visit to Dhaka last year. He showed much interest and Indian officials later asked for the project details which we have provided," Mr Islam said.

He said funding was not a problem for the project.

"Two Chinese companies have offered full finance while the Japanese have said they can put in half the project cost and we can manage the rest, but it makes long-term sense to have India involved because the Ganges flow into Bangladesh from India," Mr Islam said.

The Ganges barrage will be a 165-kilometre long reservoir running from Rajbarhi to Chapainawabganj districts, with a depth of 12.5 metres.

It will hold a phenomenal 2.9 billion cubic litres and cost Tk 314 billion (approximately USD 4 billion). The barrage will retain the water of the trans-boundary river Ganga, known as the Padma in Bangladesh, during the monsoon and feed small rivers during the lean season.

This will help Bangladesh flush the small rivers and reduce salinity, a major threat to public health and agriculture in the country's southwest.