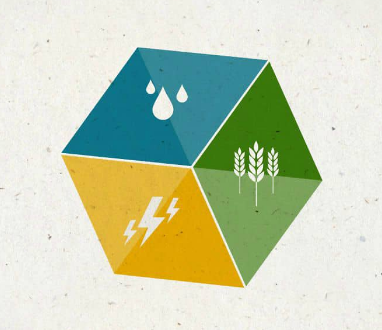 Overuse of water for irrigation is taking India towards disaster, but new technologies provide opportunities to reverse the trend. 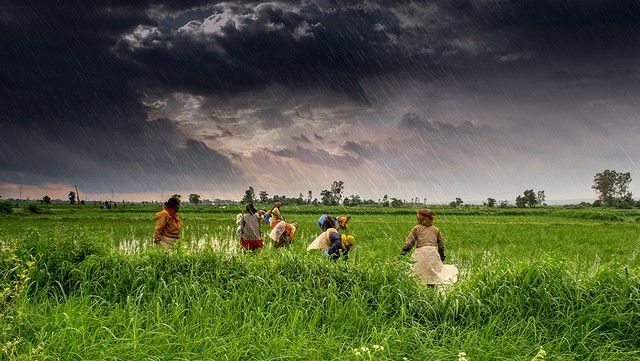 India’s water tables are fast drying up due to agriculture, and yet, agricultural yield in the country could scarcely feed most its population. Image: Rajarshi MITRA, CC BY-NC-ND 2.0

To escape the disaster being caused by the water-food-energy nexus, India must rapidly deploy new solutions like these, enhance its own innovation for its monsoon-specific agricultural system, and develop nimble policies.

India has always been an agrarian society and continues to be so despite the impressive advances in IT and other employment sectors. Agriculture and related activities still provide nearly 60 per cent of the total employment.

But food availability per person per year has only grown from 145 kg to about 190 kg over this period because the seemingly significant increase in food production is partially offset by the rapid growth in population.

The averages over such a large population can be misleading since they hide many externalities such as poverty and gender issues that limit access to food and the gobbling up of agricultural land for urbanisation.

Also, mostly unseen are the impacts of agriculture and fertiliser use on soil health and water quality.

But much more insidious is the impact on water quantity itself, due to the fact that the area under irrigation has grown from under 20 per cent in the 1950s to just over 50 per cent at present.

The Green Revolution got India out of the stark poverty and hunger by the 1970s, though malnutrition is still a serious issue.

The Kharif (summer) season used to produce more than twice the tonnage of grains than the Rabi (winter) season during the nascent years of independent India but now the two seasons are nearly equal in grain production.

This again may seem like something to celebrate. But this feat is accomplished by overexploiting groundwater for irrigation. Subsidised electricity is driving unfettered groundwater mining even during good monsoon years.

Water tables are dropping at alarming rates in nearly all parts of India and water availability per person has dropped precipitously as well. If these are not bad enough, the monsoon itself has trended down by over 10 per cent over several decades and the extremes in monsoon have grown by nearly four-fold.

Electricity use for pumping groundwater is a double-edged sword; while facilitating abundant grain production, its own production requires water in hydroelectric power plants or can contribute to air pollution from coal power plants. Air pollution now causes over a million premature deaths each year in India.

The selection of water-intensive cash crops (e.g. sugarcane and cotton) is an additional factor. The deadly effect of crop failure after all this is manifest as farmer suicides, which continue unabated in some hotspots like Marathwada.

Apart from agroforestry and optimisation of water use for irrigation, several promising new technological solutions – including those mentioned at the start of this article – are in the offing.

Clearly, the world is paying attention to the food-water-energy nexus and working hard on innovative solutions to tackle the most pressing issues of water quality and quantity as well as precision agricultural approaches and novel bacterial bio-fertilisers that will increase yield while reducing fertiliser use and irrigation.

The intricate and hard-to-predict cascades in the water-food-energy nexus have the potential to be a disaster in the making for India, but also provide enormous opportunities to get our scientific, technological, and entrepreneurial juices gushing.