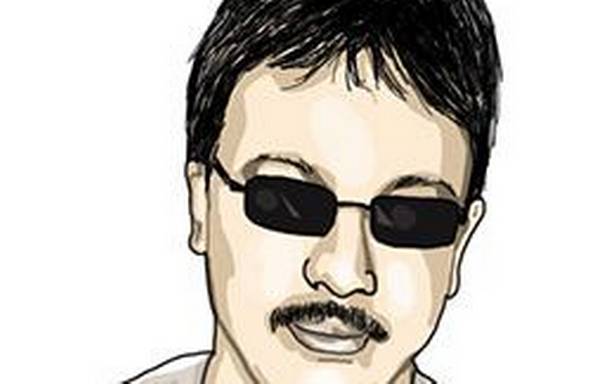 Nearly three months into the southwest monsoon, the water crisis hasn’t abated in large parts of Chennai. This scenario, for sure, will haunt the city again next summer with even greater vigour, as freshwater supply hasn’t overcome the rising demand.

This demand-supply asymmetry has rendered traditional solutions such as rainwater harvesting and groundwater recharge totally ineffective. Overcoming the crisis will, hence, require some unconventional solutions to be tried, as suggested here.

The water crisis is a consequence of the skewed, Chennai-centric development model of Tamil Nadu, resulting in the capital city’s water demand overshooting its available water resources.

Similarly, the area coming under city limits that was just 176 sq. km in 1978 has increased nearly threefold, to 425 sq. km, today. Even if resources in the city get augmented through supply of water from Krishna and Cauvery rivers, the demand will still outstrip the supply.

Hence, policies enabling indiscriminate, Chennai-centric investments in sectors like IT/ITES, automobiles and real estate need a rethink. Tamil Nadu’s capital city has to be de-congested and allowed to grow only as much as its available water resources permit.

Thus, the key drivers that attract people from across Tamil Nadu — like better education prospects, employment opportunities and possibilities of a decent lifestyle — need to be brought into other cities in the State, especially those with a better availability of water resources.

For instance, the districts of Cuddalore, Nagapattinam and Tiruchirappalli together receive an average rainfall of more than 1,200 mm per annum, compared to the 900 mm-1000 mm average annual rainfall of Chennai. Some of the major investments can be shifted to these areas. The Tamil Nadu government can take the lead here, moving some of its wings to these districts.

The South Indian state, here, can take its cues from The Netherlands, which has two de facto capitals — Amsterdam, the official capital; and The Hague, the seat of government. Similarly, South Africa has three de facto capitals — Pretoria, the administrative capital; Cape Town, the legislative capital; and Bloemfontein, the judicial capital. Such distribution of administrative and commercial apparatus will reduce the pressure on Chennai’s limited water resources and also make other towns and cities attractive for migrants.

Further, when one considers desalination, Tamil Nadu’s capacity pales in comparison with that of coastal West Asian countries. For instance, Saudi Arabia, the world leader in installed capacity of desalination plants, has built such plants all along its coastline and its largest plant, Ras-Al-Khair, has a capacity of 1,000 MLD. Similarly the UAE’s Taweelah plant, when complete, will have a capacity of 900 MLD of potable water. On the other hand, in the case of Tamil Nadu, the total installed capacity of its two desalination plants is only 200 MLD — the Minjur plant and the Nemmeli plant both possess a capacity of 100 MLD each — and both are located along the capital city’s sea coast, making the entire process Chennai-centric and suited to the requirements of only the city.

Such plants need to be built all along the 900 km-long Tamil Nadu coast — not just alone the coastline of its capital city. The cities and towns across the districts of Kancheepuram, Nagapattinam, Cuddalore, Ramanathapuram, Thoothukudi, Thanjavur and Tirunelveli should be self-sustaining in generating freshwater from these desalination plants.

A nominal shift away from paddy to less water-intensive but high-income crops such as pulses, vegetables, and ornamental plants would save and release freshwater amounting to the capacity of at least two Mettur dams to the hydrological supply system of run-off across Tamil Nadu.

So, it is time for Chennai, and Tamil Nadu, to think out-of-the-box solutions that can complement traditional solutions such as water harvesting and groundwater recharge. These, coupled with some prudent policymaking and planning, can permanently solve the water crisis.

The article was originally published in The Hindu. Find it attached below.