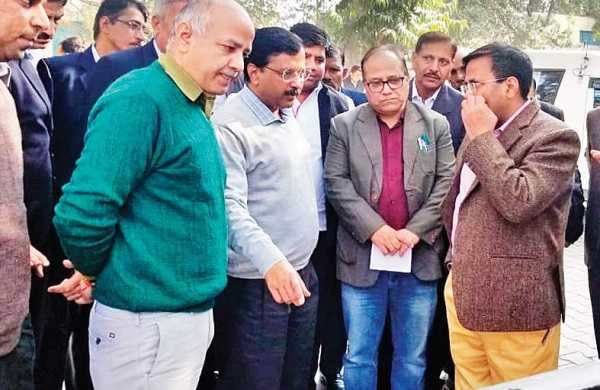 East Delhi has many areas where the groundwater cannot be used, especially for drinking, due to the presence of ammonia in it. NEW DELHI: Chief Minister Arvind Kejriwal and his deputy Manish Sisodia visited an ammonia treatment plant at Shakarpur to get a first-hand account of a pilot project that could help in providing approximately 63 MLD (Millions of Litres per Day) of extra drinking water to the people.

Incidentally, East Delhi has many areas where the groundwater cannot be used, especially for drinking, due to the presence of ammonia in it.

Recently, the chief minister had instructed the Delhi Jal Board (DJB) to come out with a scientific solution to solve this problem for meeting the water need of the locals.

The technology to treat ammonia in water was pilot tested at a Ranney well in Shakarpur, and the results were tested by the DJB’s quality control department which found them to be positive.

After his visit to the plant, the chief minister instructed officials to replicate the technology all over Delhi to restart non-functional borewells and Ranney wells. If the existing Ranney wells and borewells are made functional with this technology, Delhi will get approximately 63 MLD of extra drinking water.

SOURCE: Meeting the Water Needs of East Delhi on the New Indian Express