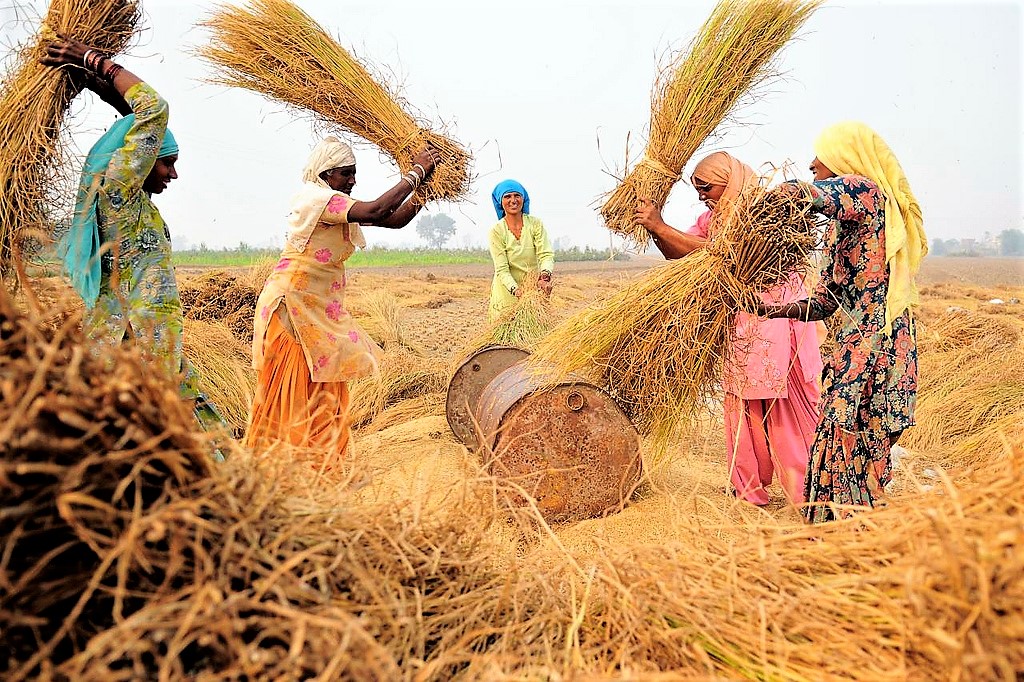 There are ways to counter this, however. New technology and better farm management can be deployed to improve irrigration systems. And, to ensure long-term impact, it is also important that the Indian government invests in agricultural research.

Agriculture is central to the Indian economy. It accounts for 50% of the country’s employment and 18% of its GDP. And in India, about 80% of farmers are smallholders – which is generally considered to mean they have two hectares or less of land. The main crops are wheat, maize, rice, millets, pulses, sugarcane and oil-seeds.

Indian farmers must contend with a number of risks, including adverse weather, competition from larger landowners or food corporations and price surges. Small farmers are a vulnerable population where social, market and economic pressures are huge, often leading to considerable distress. India is home to nearly 25% of the world’s hungry population and has an alarming rate of farmer suicide (around 60,000 cases in the past three decades).

So the effects of fluctuations in weather, temperature and rainfall on agricultural productivity will have a significant impact on the wider population.

There are five important ways to mitigate against this that the Indian government could start investing in now.

There is a significant need for an appropriate irrigation system considering rising water scarcity and depleting groundwater resources. Less than 50% of agriculture in India is irrigated.

States such as Karnataka, Maharashtra, Madhya Pradesh, Rajasthan, Chhattisgarh and Jharkhand are still extremely vulnerable to climate change due to poor irrigation. Smart irrigation systems such as drip, sprinklers and efficient water management should be made a priority and allocated across the country where needed.

Post-harvest loss of major agricultural produce is estimated at US$13 billion . About 16% of fruits and vegetables, valued at US$6 billion were lost in the year 2015. Only 2.2% of fruits and vegetables, the most perishable of agricultural produces, are sorted and packed for consumption in India, increasing the chances of wastage as it gets sent abroad. In contrast, the US (65%) and China (23%) are far ahead of India in processing their own crops.

Small landholders lose out the most from this. It is not economically viable for most of them to transport their produce for centralised large-scale processing – and they lack local processing and preservation technologies. This results in a lot of wastage. This is then compounded by inadequate transport infrastructure – produce gets damaged on the journey because of bad roads, gets contaminated from repeated loading and unloaded, as well as lack of refrigeration.

Small farms also suffer from their reliance on middlemen to sell their product. As a result, they are sometimes compelled to sell it at less than the cost of producing it.

So there is an overwhelming need to develop technologies for local processing, smart packaging and transport facilities which do not disadvantage small farmers.

This enables different sections of the supply chain to monitor environmental and other conditions. It can be used to adapt how crops are produced, stored and distributed to reduce waste.

To compensate for the uncertainty caused by climate change, an effective crop insurance programme is required to protect farmers from bad yields. Many already pay into insurance programmes but they provide little protection. The system needs overhauling so that small farmers are protected by low premium and long-term insurance cover, instead of being designed, as it seems to be at the moment, purely for the profit of insurance companies.

These measures will improve crop and water management practices. They are tailored to small farmers and to the fragmented, small-scale agricultural landscape – to directly improve efficiency, boost productivity and minimise the environmental impact on farming.