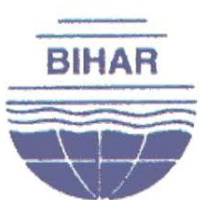 Bihar State Pollution Control Board was constituted in the year 1974 under the provisions of the Water (prevention and Control of pollution) Act, 1974. Enactment of the said Act and subsequently constitution of this Board was in pursuance of Clause -I of Article 252 of the Constitution of India. The Water Act, 1974 was made applicable in the first instance to the whole of 12 States and Union Territories. The State of Bihar was one of the said 12 States.