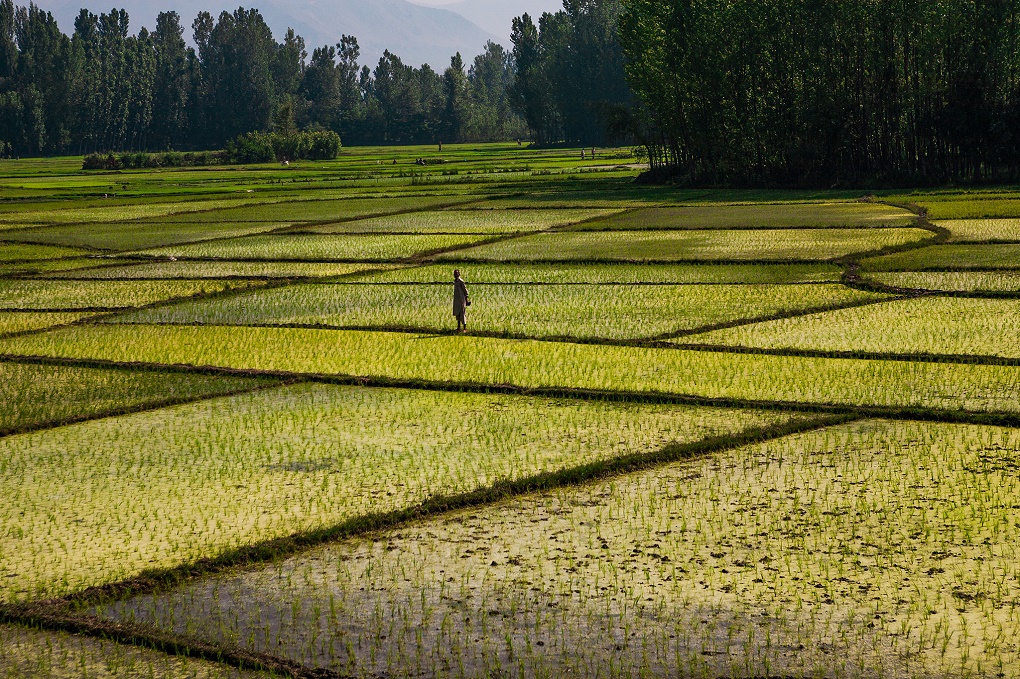 Highly water- and energy-scarce countries like India and Pakistan are losing huge amounts of groundwater and energy because of their food exports. 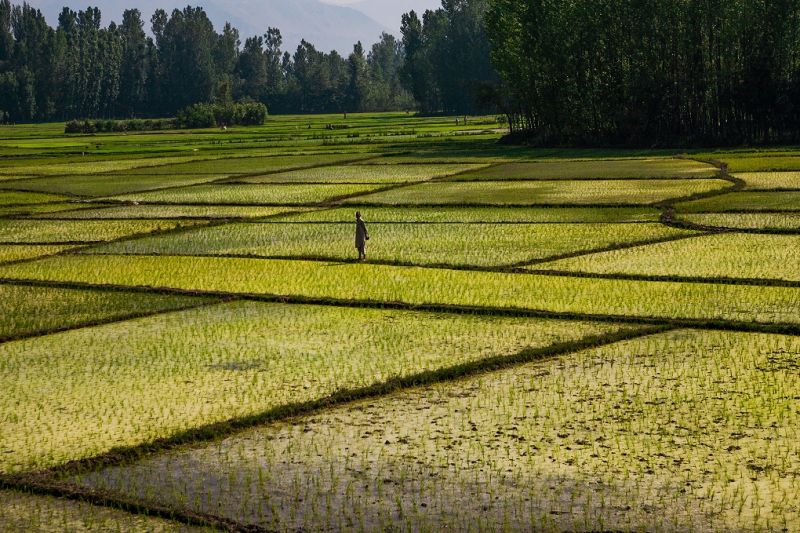 The use of standing water to grow rice in India and Pakistan leads to large-scale water loss.
Credit: sandeepachethan /Flickr

Pakistan is the world’s largest exporter of groundwater through its grains export. India is the third largest. Going by per capita availability, Pakistan is almost a water-starved country. The parts of India from which most grains are exported are seriously water-scarce.

The trifecta of groundwater depletion for water-intensive crops, grain exports and the use of electricity for mining groundwater add up to a perfect recipe for disaster. Climate change impacts are worsening the situation.

The recent report that the new government in (Indian) Punjab has sought New Delhi’s permission to sell excess electricity to Islamabad has been welcomed in power-starved Pakistan. But this electricity will do much more than keep Pakistanis cool during the torrid summer. It will accelerate groundwater pumping in India. Not just precious groundwater, India and Pakistan are also effectively exporting energy when they export grains.

In India, wheat accounts for 35% of the total groundwater depletion and rice for about 25%, while fodder, cotton and sugarcane make up the rest. Average groundwater consumption to grow one kilogram of wheat is 812 litres, rice 200 litres (because it is far more dependent on surface water) and maize 72 litres, respectively. In the 2016-17 financial year, India is estimated to have exported 3,00,000 tonnes of wheat, 10.7 million tonnes of rice and 700,000 tonnes of maize.

When considering grain exports, it should be noted that the actual water exported is what is embedded in the grains themselves. This is much smaller than the total water used to grow crops, of which a small fraction of the water used in growing crops is recoverable – as it seeps back down to the water table. A much larger amount of water expended is simply lost to evaporation. This loss drives down groundwater tables, and is key to understanding how water intensive crops affect groundwater in a region. Thus the water footprint is critical to monitor as far as food exports are concerned, especially for countries like India and Pakistan that face persistent domestic and international water conflicts.

Even the embedded water approach employed by Goswami and Nishad points out that India exports a total water of around 25 cubic kilometres in food exports (not separated into surface and groundwater). The bad news is still that the near self-sufficiency in food production comes with a penchant to export some of it with hard-to-estimate externalities like groundwater depletion and salinisation as well as degradation of soil health and the environment.

Exports of meat, sorghum and fruits are significant additional factors. India is also among the largest beef exporters and beef is easily the most water – and grain-intensive food group per calorie. International food trade is a reality of a global economy and India has no choice but to partake in it. But the unintended consequences in the food-water-energy nexus can be ignored only at grave risk to national security.