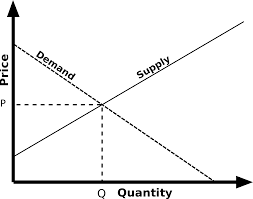 The process should be transparent, without exempting irrigation. Setting up more State-level water regulators could help

By 2050, the demand for water is expected to exceed supply. Water resources vary spatially and temporally — monsoon rainfall, for instance, is highest in the North-East and lowest in Rajasthan. Per capita water availability has been declining over the years, and it has now touched the scarcity benchmark of 1,000 cubic meter annually.

India is the largest user of groundwater in the world. Extracted mainly for irrigation purposes, the groundwater level in many parts of the country is falling fast. Out of the 6,584 groundwater assessment units, 1,034 are categorised as overexploited, 253 as critical, 681 as semi-critical and 4,520 as safe. The remaining 96 units are classified as saline.

As per the UN’s Dublin Principle (1992), water is an economic good and hence should reflect its scarcity value. Fortunately, this has been recognised by successive National Water Policies. The 1987, the policy envisaged that the water rates should reflect the scarcity value of the resource and foster economy in water use. The 2002 policy envisaged that the water charges for various uses should cover at least the operation and maintenance charges of providing the service initially, and a part of capital costs subsequently.

The latest 2012 National Water Policy envisages that pricing of water should reflect its efficient use and reward its conservation; there should be equitable access to water for all and its fair pricing for drinking and other uses should be undertaken by a statutory regulatory authority; and water charges should be determined on a volumetric basis.

Constitutionally, water is a state subject. In the irrigation sector, Kerala was the first State to impose irrigation water charges, in 1974. The seven States/UTs yet to impose such charges are Arunachal Pradesh, Andaman and Nicobar Islands, Nagaland, Meghalaya, Mizoram, Puducherry and Lakshadweep. The water charges imposed by a State depend on the kind of crop, area irrigated, number of times each crop is irrigated and the total volume of water used by the farmers.

Thus, enormous variation of water charges across States has been noticed. For example, in Maharashtra, the maximum rate for flow irrigation is ₹6,297 per hectare and the minimum is ₹119/hectare, while in Himachal Pradesh it is ₹49.92 per hectare for all irrigation uses.

Similarly, the water charges for industries and the domestic sector vary widely across States. Since there is no independent water regulatory authority in any State barring Maharashtra, the determination of water charges for various uses is ad hoc, not consultative and non-transparent.

Further, the Central government does not have an approved framework for water pricing. Interestingly, it came out in 2016 with a National Water Framework Bill which lays down the principle of water pricing. For example, it says that water used for commercial agriculture and industry should be priced on full economic pricing basis and for domestic use, a graded pricing system may be adopted.

Water charges should be determined on volumetric basis after taking into consideration equity and efficiency. This Bill should be considered for enactment immediately by the new government.

An independent statutory water regulator, for ensuring equitable access to water for all and its fair pricing, was only recognised in Maharashtra. Its mandate, however, only covers water for irrigation leaving the pricing of water for domestic and industrial use at the mercy of the State agencies.

Fourteen States have taken steps to establish water regulators but without seriousness. For example, Uttar Pradesh is yet to fully make functional its water regulator, although it enacted a legislation in 2008. The water regulator should be made a statutory body and be given a mandate to regulate various water uses and their fair pricing.

LINK TO SOURCE OPINION ARTICLE ABOUT PRICING WATER IN INDIA