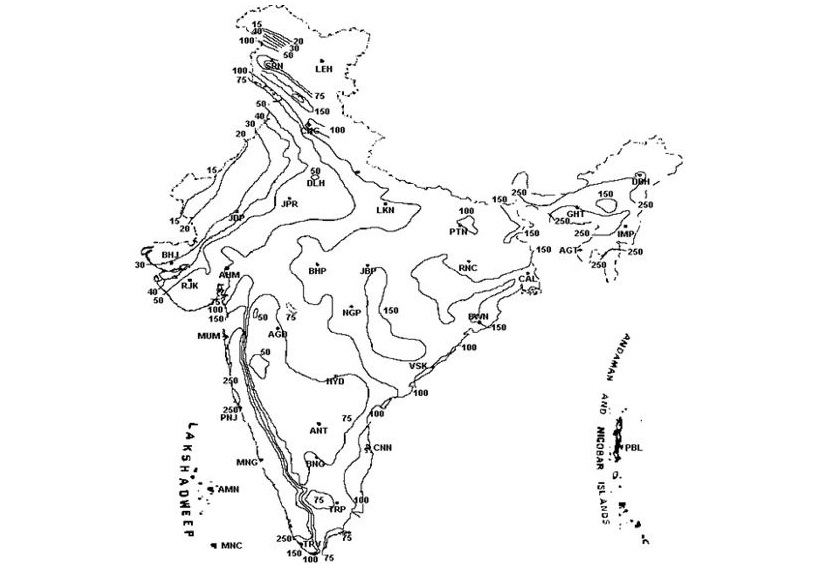 The government’s ambitious plan to interlink India’s rivers for better distribution of water across the country may need to be tweaked to factor in the effects of climate change.

An analysis of weather data for 103 years (1901 to 2004) by researchers from the Indian Institutes of Technology in Mumbai and Chennai shows that rainfall has decreased over the years, reducing water stocks even in river basins that have a surplus. The data was collected from 1,384 weather stations of the India Meteorological Department.

Only the Brahmaputra river basin showed no decrease in rainfall.

“One of the plans of interlinking of rivers is supplying water from a surplus basin to a deficient one,” said Professor Subimal Ghosh, civil engineering department, IITB.

“But if the surplus basin itself shows a declining trend of water availability, they will find it difficult to both meet their own demands and also supply the quantum of water committed to the deficit river basins. The project may not be sustainable.”

The team has called for a detailed climate change impact assessment for individual river basins that is essential for India’s water management.

“One of the important aspects (for the variability) could be perturbations in cloud and precipitation formation processes due to changes in extrinsic and intrinsic properties of atmospheric aerosols,” said Professor Sachin S Gunthe, civil engineering department, IITM, adding that detailed studies were needed.

Atmospheric aerosols are fine suspended particles with size range of 50 nm (nanometers) to 500 nm that act as a seed for the formation of cloud and precipitation.

The analysis found that Indus and Ganga rivers are deficit basins given the huge water demand for agriculture, industrial and domestic sectors that are met by ground water rather than rainfall.