Microfinance for Water and Sanitation 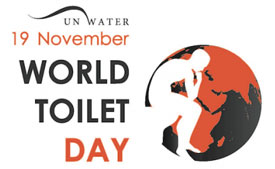 While many households in the developing world have the ability and desire to pay for water and sanitation services, the high up-front costs of connecting to piped water supply or building a latrine are a deterrent to many. While microfinance has helped hundreds of millions access financial services, many microfinance institutions prefer to focus on lending for business purposes, rather than offering consumer loans.

Providing financing for household water and toilet facilities is still a relatively new concept, but it has the potential to help address the global water crisis by allowing households to spread these high up-front costs over time. Emerging evidence from the World Bank Water Global Practice’s Water and Sanitation Program (WSP) and Water.org is finding that water and sanitation microfinance can be one solution to increase access and reach hundreds of millions at the bottom of the economic pyramid.

The UN Sustainable Development Goals (SDGs) call for access to clean water and sanitation for all by 2030. Achieving this goal is estimated to cost trillions of dollars. Current levels of funding from developing countries and donors are not sufficient to fill this gap, and at the current rate of growth will not meet the SDGs.  Ensuring that all people have safe water and a toilet will require significantly higher levels of investment from new sources, including microfinance.

Several pioneering MFIs are rolling out specialized loans for water and sanitation, often working closely with local government and nongovernmental organization (NGO) programs to raise awareness and build demand for water and sanitation. While the upfront cost of a toilet or a piped water connection can easily equal a household’s entire monthly income, many are willing to purchase this infrastructure if they can spread the cost over time by saving or borrowing.

We recently completed a report reviewing the experiences of MFIs supported by our organizations, examining if microfinance can be leveraged to break down the barriers that separate the poor from safe water and sanitation. Our report includes data from several programmatic evaluations from Bangladesh, India, Kenya and the Philippines. Based on our findings, we concluded that water and sanitation microfinance can be good for MFIs, good for the development community, and – most importantly – good for borrowers and their families.

Approximately 80 percent of borrowers earn less than USD 2 per day, but delinquencies and repayment rates for these clients are statistically indistinguishable from wealthier water and sanitation borrowers. Lending for water and sanitation can help MFIs enter new markets, expand offerings for existing clients, and strengthen their social impact without compromising economic performance.

Water and sanitation loans can leverage development funding for greater impact.  By lending to households, rather than offering subsidies, the same amount of money can impact many more households. The pilot household water and sanitation lending programs we studied are leveraging each dollar invested 10 times over.

Additionally, water and sanitation microfinance may contribute to long-term sustainability. While previous subsidy programs have often helped households initially access water and sanitation, usage sometimes quickly tapered off, as equipment broke or family members reverted to old habits. We believe that paying for facilities -- rather than being given them outright -- may lead to a stronger sense of ownership, which translates into continued, more sustained usage.  Through ongoing research in Bangladesh, WSP is exploring this question.

Access to water and sanitation helps borrowers live more productive, healthier lives. Access to improved water and sanitation brings dignity, safety, and privacy to households, especially for women, children, and the elderly. Our research shows that nearly all the borrowers at the MFIs studied are women. In a recent Water.org survey, 39 percent of sanitation loan recipients reported increased safety since they no longer needed to travel long distances in search of a place to defecate.

Borrowers surveyed also reported improved economic impacts. 25 percent of women stated that they were able to increase their incomes due to greater productivity, since they had more convenient access to water and sanitation and spent less time caring for sick family members. This allowed them to devote more time to their businesses.

Finally, there is a strong body of academic literature linking access to water and sanitation with health impacts, both in the short-run through reduced diarrheal disease as well as life-long effects. A WSP-supported randomized control trial in India found that access to sanitation results in significantly taller children. Additionally, in a recent evaluation in India, nearly one in four borrowers at Water.org-supported MFIs reported reduced illness and one in five reported reduced medical expenses.