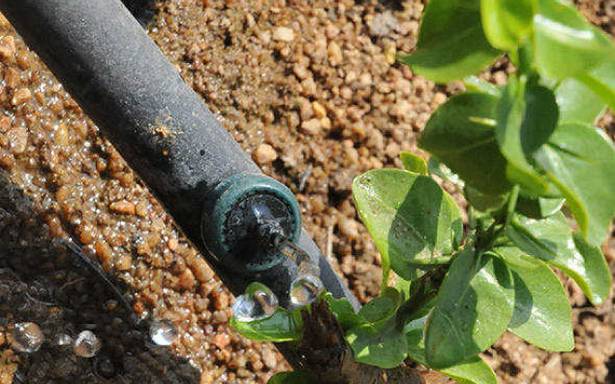 The largest drip irrigation project in Asia, the Ramthal project in Karnataka, executed by Megha Engineering and Infrastructures Limited (MEIL), has been commissioned.

Netafim, an Israeli corporation, has provided technical assistance for this project, which is based on the Israeli drip technology.

The Ramthal Marola project in the Bhagalkot district of Karnataka has been implemented by Krishna Bhagya Jala Nigam Limited. MEIL will be in charge of the operation and maintenance of this project for the next five years.

A total of 2,150 km length of pipeline was laid for this drip irrigation project.

Due to insufficient water resources, farmers in Ramthal Marola region faced a lot of difficulties, especially those who had holdings at the edge of the ayacut.

While farmers with holdings closer to the ayacut had two crops every year, the farmers at the edge were not even able to cultivate one crop annually. Advantages MEIL, which successfully executed Pattisam project in Andhra Pradesh, implemented the drip irrigation project utilising the backwaters of Almatti project.

As a part of this drip irrigation scheme, every farmer will receive water through a cylinder installed in their respective farmlands. And the system enables them to mix fertilisers and pesticides in the cylinder.

This system will help in eliminating water wastage and the technology used in this project will also purify the wastage that flows in the backwaters of River Krishna.

The project is expected to reduce water usage, pesticide usage, costs and increase yields for the farmers. MEIL deployed specially manufactured pipes for longer duration use.

After the operations and maintenance period of five years, MEIL will hand over the project to the farmers. They would take over the management of the scheme. Every year farmers are to deposit ₹1,300 per acre in the bank. After five years, this amount will be used in case of requirements.