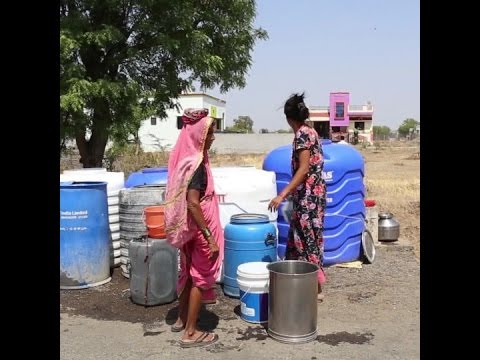 If India’s prime minister, Narendra Modi, gets his way, work could soon begin on a project to link large rivers in the Himalayas and Deccan Peninsula via 30 mega-canals and 3000 dams. 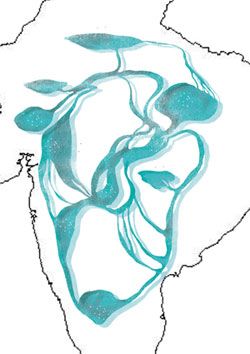 When the work is finished the water network will be twice the length of the Nile, the world longest river, and it will be able to divert water from flood-prone areas to those vulnerable to drought.

But geologists and ecologists in India question the science behind the Inter Linking of Rivers (ILR) scheme. If it goes ahead it might lead to ecological disasters and coastal erosion that would threaten livelihoods and endanger wildlife.

Versions of the ILR scheme date back more than 60 years to the days of British rule in India. In its latest incarnation the plan is to link 14 rivers in north India and 16 in the western, central and southern parts of the country, creating a water network some 12,500 kilometres long.

The idea is to reduce droughts and floods and create 35 million hectares of arable land in the process, as well as the means to generate 34,000 megawatts of hydropower.

This project is backed by Narendra Modi, who became the country’s prime minister in 2014.

Since then India’s National Water Development Agency has completed detailed project reports for three key initial river links – the pilot link between Ken and Betwa rivers in northern and central India; Daman Ganga and Pinjal rivers in western India; and Par and Tapti rivers in western and central India. A feasibility report of a fourth link between three Himalayan rivers – Manas, Teesta and Ganges – is in the final stages of preparation.

But many researchers question the science behind the scheme. They say there isn’t a simple division between river basins that carry too little and too much water – and that climate change has triggered changes in rainfall patterns with unpredictable knock-on effects on water flow.

They argue that it would be unwise to set in stone a vast new canal network at a time of dramatic environmental change.

A study published in July builds on this. Climate modelling once predicted that India’s dry areas will become drier and its wet areas wetter, but this is no longer the case.

A team of scientists from the Indian Institute of Technology in Bombay and Madras found a significant decrease in the monsoon rainfall over major water surplus river basins in India. The team’s computer simulations showed that the water yield in surplus river basins is decreasing but it is increasing in deficit basins.

”What may appear as water deficient today may become water surplus in the future due to climate change,” says study author Sachin Gunthe at Indian Institute of Technology, Madras. “So, how do you justify inter-linking?”

Geologists are concerned, too. Over the millennia India’s landscape has gradually evolved with the natural flow of water. “Most rivers are fed by monsoon rains and have built large floodplains and deltas over the years,” says Vedharaman  Rajamani at the Jawaharlal Nehru University in New Delhi. “Pushing rivers around through ILR disrupts the supply of sediments and nutrients downstream.”

This could negatively affect agriculture, as farmlands have been built over centuries in floodplains and near river deltas. “Rivers recharge aquifers near farmland,” Rajamani says. “Besides, rivers are critical to freshwater biodiversity, including fish, and carry nutrients to marine life.” 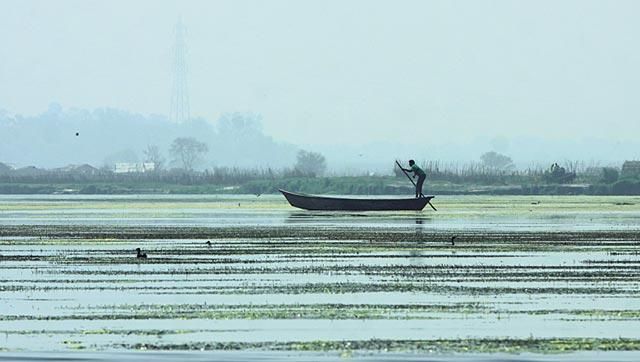 Good side of floods

What’s more, a central target of the ILR scheme – to make flooding in some parts of India a thing of the past – ignores the very real value of flooding. For one thing, it carries huge volumes of silt that can reduce coastal erosion.

“A river is not just a natural pipe through which water flows,” says geologist Chittenipattu Rajendran at the Jawaharlal Nehru Centre for Advanced Scientific Research, Bangalore. “It carries deposits and sediments. Dams trap sediments that are critical to habitats downstream.”

Rajamani says the presence of excess fresh water in the Bay of Bengal delta is especially crucial, as it helps create and maintain a layer of low salinity in the bay, which is one of the several complex, interlinked factors that influence the onset of the Indian summer monsoon. Artificially manipulating the natural system could disrupt the monsoon rainfall in the region, he says.

Rajendran says that the huge amount of water in dams would increase the water pressure in the cracks and push on crust below, possibly increasing the risk of earthquakes in the already quake-prone Himalayas.