Indian states have fought over shared rivers for long. Modi must make them cooperate. 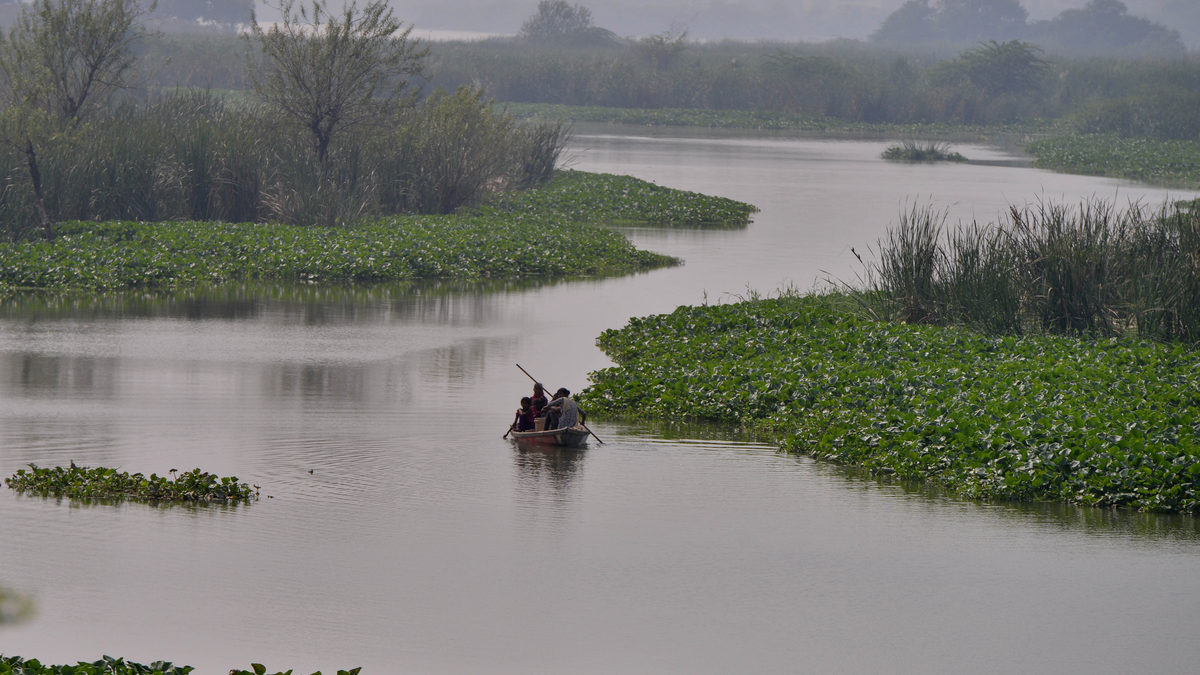 India’s 29 states and 7 Union Territories share the country’s 20 major river basins. But it is also an important reminder of the interdependence of India’s water security, which is determined by how these rivers are governed.

Prime Minister Narendra Modi government will have to undertake a fundamental strategic shift in the way rivers are managed — away from the current reliance on conflict resolution, and make deliberate efforts to enable and nurture an ecosystem for interstate river water cooperation. Attempts to resolve disputes often fail because there are no reliable mechanisms to implement the decisions of the tribunals.

The constitutional division of powers with respect to water is another issue. Water is listed as Entry 17 under List II of the Seventh Schedule but is subject to Entry 56 under List I, which confers powers on the Union government to regulate and develop interstate rivers. In the initial years of single party dominance, the negligence by the Union government in carving its definitive role – some called it “wilful abdication of its role” – has led to the states assuming unfettered and exclusive powers over the governance of river water.

An outcome of this is the increasing resistance of states to any attempt by the Centre to assert its role. Institutions like Central Water Commission and Central Ground Water Board are perceived increasingly as irrelevant. States pursue their respective territorial visions of water resource development with little or no appreciation for the cumulative impact, with adverse implications to national water security.

Several practical reasons necessitate this revisiting of interstate river water governance with particular focus on Centre-state relations. The country has set ambitious plans, with both development and conservation goals, and these depend on strong and reliable interstate river water cooperation. Besides the conventional supply augmentation, the development projects include proposed inland waterways over 105 national waterways. The interlinking of rivers, though much contested, has received patronage from consecutive governments – yet could not make much headway, partly due to the hurdles of interstate coordination.

The flagship programme of Ganga rejuvenation is a response to the intensely stressed river ecosystems. It has received unprecedented attention and investments but the tenuous Centre-state and interstate relations remain unaddressed.

The vital shift towards Integrated Water Resource Management mooted by the National Water Policy 2012 will itself require a consensus among states. A mere articulation of national policy won’t achieve states’ compliance. The historical geographies of uneven water resource development among states will warrant deliberating over the trade-offs in shifting to IWRM. The shift has to be led by the Modi government with the consent of the states.

Above all, risks associated with climate change add to the challenges of interstate coordination, which is central to coping with disasters like floods.

First, there has to be clearly articulated policy intent. The National Water Policy has to declare the creation and nurturing of an ecosystem for interstate river water cooperation as one of its priorities, and enunciate specific steps towards setting the process in motion.

Second, Indian politics will have to build a political consensus, at the core of which will be how the Union government (re)positions itself. The political process has to redefine the existing Centre-state division of powers in terms of functional and operational responsibilities required to pursue the ambitious plans and programmes. In other words, the water agenda has to be elevated for a federal consensus, say, along the lines of the GST reforms.

The idea of building federal consensus for water reforms is not entirely new. Forums like the National Water Resources Council, the National Development Council have existed but failed, chiefly because of their inability to assuage states about their neutrality.

The third element is to develop strong and resilient institutional models for interstate coordination, primarily to give effect to any interstate project, programme or agreement. A River Basin Management Bill 2018 proposes to replace the River Boards Act 1956. It is unlikely that these institutional authorities will be effective without a consensus on the roles of the Centre and states (some of which have already resisted the move), and the operational domain of river basin authorities. The bill does not build on such a consensus, and instead assumes representation of states as sufficient to make the institutions work. An enduring and empowered deliberative forum, such as the Interstate Council, will enable such consensus building and evolution of collaborative solutions. The Interstate Council has been ill-conceived as a department of the executive, instead of as an institution at par with other institutions serving key constitutional functions.

The fourth is pursuing an effective strategy for interstate river water disputes resolution. This requires a course correction. Deliberative approaches were integral to tribunals’ adjudication of the disputes, but subsequent amendments to the Act turned these tribunals into courts that increasingly rely on adversarial litigations. This is one of the reasons for extended delays in implementing the tribunals’ decisions. The tribunals’ adjudication process needs to be reviewed. The Supreme Court’s decision last year modifying the Cauvery Water Dispute Tribunal’s order was just another instance of continued reliance on litigatory approaches. Extending the Supreme Court’s jurisdiction opens up additional layers of judicial litigation.

The proposal for a permanent tribunal in the Inter-state River Water Disputes (Amendment) Bill 2017 is a feeble attempt to incorporate an element of cooperation building, even as it continues to carry the adversarial character of tribunals’ adjudication. A Disputes Resolution Committee has been proposed, to attempt resolution through mediation. Its proposed composition does not inspire much confidence, though.

The author is a fellow at the Centre for Policy Research, and MoWR (Ministry of Water Resources, River Development & Ganga Rejuvenation) Professorial Research Chair – Water Conflicts and Governance, at CPR. Views are personal.

This is the eleventh in a series of articles titled “Policy Challenges 2019-2024” under ThePrint-Centre for Policy Research (CPR) collaboration. A longer version of this piece is available on the CPR website at www.cprindia.org. The full policy document on a range of issues addressed in this series is available on CPR’s website.