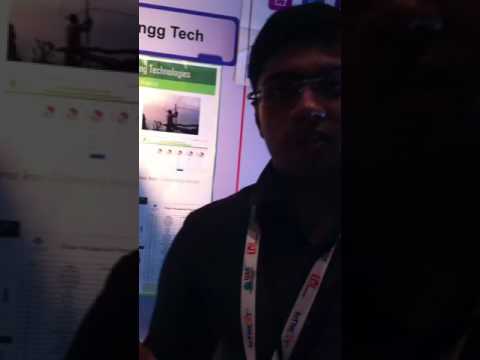 Ganesh Shankar’s startup FluxGen has developed a low-cost and local Internet of Things (IoT) solution for energy and water management so that you know exactly how much water you are using up for your bath.

FluxGen Engineering Technologies, a startup founded by an IISc alumnus, has developed a low-cost and local Internet of Things (IoT) solution for energy and water management (EWM). 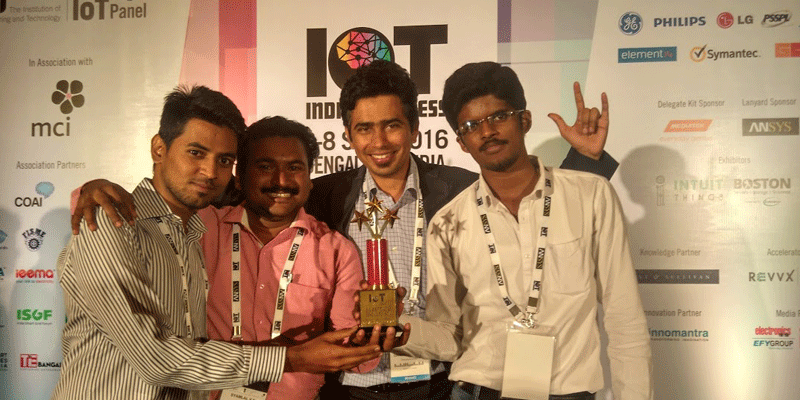 Ganesh with his team after winning the IoT startup of the year, 2016, at IoT India Congress.

The EWM measures the energy and water consumed at any facility — be it a factory or an apartment — and sends the data over wireless channels to get a personalised energy and water bill, just like a mobile phone bill. The mobile and web application also gives useful tips to conserve energy and water (like leak detection, excessive consumption alert, and theft etc).

According to a PwC report, “Reducing power theft and increasing usage efficiency via mobile-enabled smart meters could save enough electricity in India to power more than 10 million homes.” And startups like FluxGen are showing exactly how. 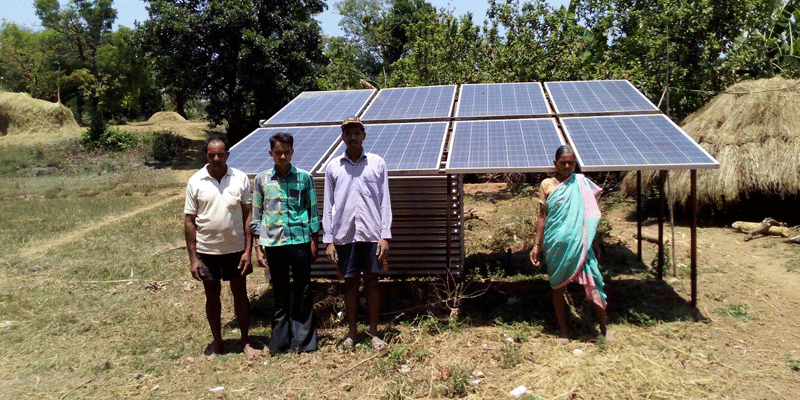 A solar PV micro-grid installed in a village in Khanapur Taluk of Belgaum District, Karnataka, by FluxGen.

The business of science

Ganesh started the company with a service model. He took up projects pertaining to energy and water management, using off-the-shelf components, and customised them by developing software according to the specific requirements of the customer.

“The expense involved in running the business was high as unlike a lot of others in our line of business, we invested significant capital on research and development. We did product development from the margins we made in projects and other consulting work,” he says, explaining his business model.  At times, he had to take personal loans and put that into the company to run some “dream” projects. 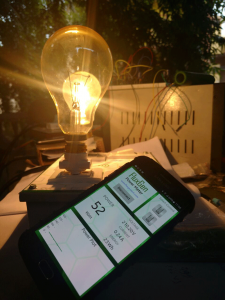 In its initial stages, the startup got into a partnership with the National Instruments though Planet NI programme, (which went through a selection process) through which it got access to cutting-edge technology for their software and hardware development.

“Running the business when we have paying customers is a very gratifying experience,” says Ganesh. However, he adds that several tough situations, such as rejection from customers/investors, cash flow problems, and not getting desired results, tested his patience at times.

“I am thankful to our mentors (Gopala Krishna Murthy and Chandru Thimmapiah) who keep us in good spirit when things don’t go well and guide us with their knowledge and experience,” he adds.

Coming from a family of teachers, Ganesh found himself taking up teaching to tide over difficult times. “While I was teaching Digital Electronics for a semester at  BMS College of Engineering, I was struggling in my business. The visiting faculty job not only acted as an alternative source of income, but also as a painkiller during tough times,” says Ganesh, adding that he enjoys teaching.

In fact, he will be starting a course from January next year at his alma mater, Indian Institute of Science, Bangalore, on Industrial IoT for engineering graduates. This course is open to the public, and is targetted towards aspiring entrepreneurs in industrial IoT.

According to Ganesh, most people who join FluxGen focus on learning not on earning, hence expenses involved in salary have not posed a bottleneck, despite the fact that they are in a high-tech industry. “My HR policy is simple. I tell my colleagues, you focus on work I'll focus on your career. It has worked fine till now.”

Read more at: Your Story