How serious the problem is in India and the way out. 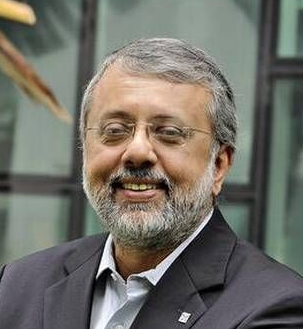 The Hindu spoke to N.K. Ranganath, managing director, INDO Region, Grundfos Pumps India, on how serious the problem is in India and the way out.

How serious is the water crisis in India?

From an overall helicopter point of view, there is no crisis. Because our water precipitation in India is about 4000 billion cubic metres, of which half evaporates and gets lost. So we have 1,800 billion cubic metres for use. Our potential to use is approximately 1,200 billion cubic metres, so there is enough water for most purposes. But the moment you come down from a helicopter point of view to specific areas, then some States are in deep distress. It is a management problem. While 25% is managed well, 75% is not managed properly. That has created these issues. There are certain water stress areas. As per a norm, less than 1,700 cubic metres per person is considered water stress. And less than 1,100 cubic metres is water scarce. If you look at that, we are less than 1, 700. And probably we will be less than 1,100 cubic metres by 2030 or so if we do not do anything about it. Whenever you have a ratio like this, you have a numerator and a denominator. The numerator is the quantum of water that is neither increased nor reduced. On the other hand, precipitation has increased over the of years, but it comes at one time in heavy quantity and flows out. The denominator has increased phenomenally. In 1950, there was much more water, but less population. In 2020, our population has increased to over 1.3 billion. So the per capita has to come down. It is up to us to think through and manage these sources of water properly. If we can manage well even now, there will be enough water for all purposes.

How can we manage water?

India should have a 50 years’ road map irrespective of which government and political party remains in power. For now, you need a short-term approach because there is a crisis. So you need to reduce, reuse and recycle every day. Multiple use of water should be made compulsory. A timeline should be should be set to build infrastructure. All along the coasts you can have desalination plants. It is expensive to build, but cheap in terms of cubic metres of water. There has to be compliance. Discharge of raw sewage into lakes and rivers must stop. In case of effluents, where there is zero discharge and people are drilling bore holes and letting the effluents into the earth, it has to be handled firmly because it is going to destroy mother earth. Compliance is poor due to corruption. The ownership and accountability has to come from people. In the medium term, you have to restore water bodies and overflowing channels. All of them have been occupied and used as landfills. Destruction of wetlands must stop in urban and rural areas. You must plan check dams to store running water. Use technology to understand from where water is coming, where it is flowing and where it is staying. In the long term, canals should be built. Since India has to grow more food, there will be more demand of water for agriculture. Today, 85% of water is used by agriculture, while only 8% to 9% is used for drinking. So if you don’t focus on agriculture, improve cropping patterns and use micro drip irrigation, the country will be in problem.

SOURCE TO COMPLETE ARTICLE ON THE HINDU