Forests Won’t Do the Trick for Rivers 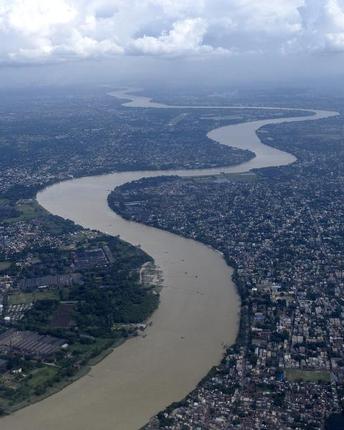 Rivers and water, closely connected with the survival of life forms, have always been an emotive issue to which biases can be mixed to further any agenda. So, when the summer months approach, the ensuing shortage of water in India’s rivers will once again trigger the debate, ‘Rally for Rivers’, initiated by an NGO, the Isha Foundation. 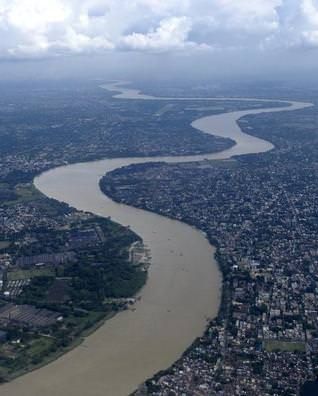 Already, a myriad of opinions have been expressed on this initiative, but one from a water manager’s perspective could be new and interesting.

The causality attached by the Isha Foundation to rally India’s rivers is forests. So firstly, it is pertinent to pose some questions: Did forests came first on Planet Earth? Or did rain?

But the forest-rain equation is quite unlike the chicken-egg conundrum. This is because it is a foregone conclusion that (1) every form of life, including plant life, is dependent on water, and (2) life originated on earth only after rains resulted in oceans and seas, creating a climate conducive for life to originate.

Mars is a recent example of finding water first. But this conclusion seems to have been challenged in the 700+ page gigantic draft document by the Isha Foundation, which aims to rejuvenate Indian rivers largely by planting trees or orchards or plantations for at least 1 km on both banks of India’s rivers. The premise seems to be that (1) forests generate rain, and (2) India’s river banks are barren leading to the drying up of rivers (observing Indian river banks via Google Earth satellite images shows this is not true).

Before verifying the science behind these assumptions, it is pertinent to mention that this initiative astonishingly and conspicuously ignores the real reason why Indian rivers are drying up: the phenomenal rise in diversions, since the 1940s and 1950s.

Over 5000 large dams, thousands of medium dams and tens of thousands of minor irrigation structures have been built since Independence, sucking out water from rivers. Most of them are arbitrarily built, without knowledge of the impact on upstream and downstream commitments.

In fact, the rivers of India had a substantial quantity of water at the time of Independence when there were hardly any diversions due to large, medium and minor dams, and the population then (in the 1950s) was about a quarter of the current population of 130 crore.

But 70 years later, for almost the same rainfall pattern, the basins are facing closure, apparently due to these water diversions. Despite the fact that the area under forests in India reduced, there is no evidence that the reduction in forests have caused a reduction in rainfall.

Strikingly, the initiative attaches very low priority to this major cause of loss of water from rivers. Instead, the focus is diverted to forests, attaching artificial causality to the occurrence of rainfall on the planet. This is something the scientific community doesn’t seem to accept.

For example, JM Roberts in a book titled  Forests and Forest Plants  (Vol III, ‘The role of Forests in the Hydrological Cycle’, UNESCO, 2017), states that, “An enduring claim about forests that they are responsible for creating rain and promote deposition of rainfall from clouds and fog is not supported by any substantial evidence at the local scale. At meso-scale climate models have shown that some of intercepted water retained by forest canopies gets re-evaporated and return as increased rainfall but this is no net increase in rainfall.”

LS Hamilton in FAO’s Forestry Paper-155 states, “The current forest hydrology research suggests that the assumption that more trees equals more water (which has inspired most forests and water policy) is based on incorrect understanding of the hydrological cycle in forest ecosystems and the forest ecosystem is in fact a major user of water.”

Flaw in the argument

Therefore, even partial or complete removal of tree cover accelerates water discharge, increasing the risk of flood; but in contrast, when tree cover increases the opposite phenomenon occurs, that is, discharge reduces. It certainly casts doubts over the claim that afforestation will rejuvenate the rivers in all seasons of the year.

It is true that forests have benefits such as control of soil erosion, control of floods, improvement of water quality and increase in base flows. But the same should not overshadow the science that forests also decrease surface flows. And when that happens, particularly during the monsoon, it affects run-off into rivers leading to reduced flows in rivers.

In addition to this flaw in forest-rain theory, the initiative lacks river basin perspective and is silent on the stream order within river basin (rivers or tributaries or sub-tributaries or small nalas) for undertaking this gigantic task.

In such a scenario, the consequences of this gigantic scale tree cover on river banks will be different, in terms of cost and water in rivers, than is envisaged through extensive assumptions in the draft document. This reduction in surface flows due to forests and the impact of meandering rivers over such forests assumes huge costs.

Clearly, the initiative comes with poor understanding of the science of forests and hydrology. The fact that the draft document undermines the role of thousands of diversion structures in reducing the flow across India’s rivers also cast doubts over the success of this initiative.

From the perspective of a water manager, the drying up of India’s rivers and the poor quality of water are the outcome of poor governance and failed/outdated water institutions; they have successfully resisted all efforts to change with the times (India’s rank in the world governance index hovers above 100 in contrast to Israel’s 49).

Referring to the very same case studies of water management from developed countries in the draft document , it is clear that water management in developed countries does not originate from the Bible or from religion but from scientific research, and state-of-the-art water institutions equipped with the budget and the technology, good governance, transparency, equity in society and a robust legal system.

In a scenario of poor governance and failed water institutions, as witnessed in India, any emotive initiative such as ‘Rally for Rivers’ to rejuvenate rivers through ‘Rally for Forests’ or ‘Rally for Horticulture’ or ‘Rally for Farmers’ from a religious institution cannot generate the desired run-off into India’s rivers. Therefore, in reality, the result will be nothing short of another gigantic mess.

The writer is Director, Central Water Commission. The views are personal