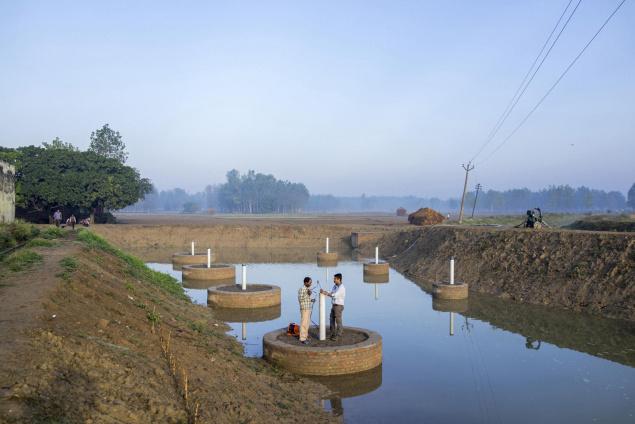 Under a new project in Uttar Pradesh, floodwater is diverted and later used for irrigation

Four blocks out of six in Rampur district are “dark zones,” which means there is overexploitation of groundwater. This is a cause for worry for the district administration that is grappling with the local penchant for growing water guzzling Poplar tree, sugarcane and paddy. Water for irrigation largely comes from tubewells and borewells.

While the district administration expressed their helplessness in persuading farmers to change their pattern of cultivation to conserve water, the Colombo-headquartered International Water Management Institute (IWMI) stepped in with an innovative pilot project in Jawaijadid (a village in Rampur) by diverting excess floodwaters for irrigation from a canal that emerges from the Kosi river.

Project director Paul Pavelic told  The Hindu  that the IWMI used innovative technology to impound excess canal waters in an abandoned gram sabha pond, which was being used as toilet by the villagers. While digging of ponds might be a routine affair under the MGNREGA, the IWMI’s experiment is unique in that it has introduced processes for desiltation and sedimentation to purify the water so that quality water is made available for irrigation. 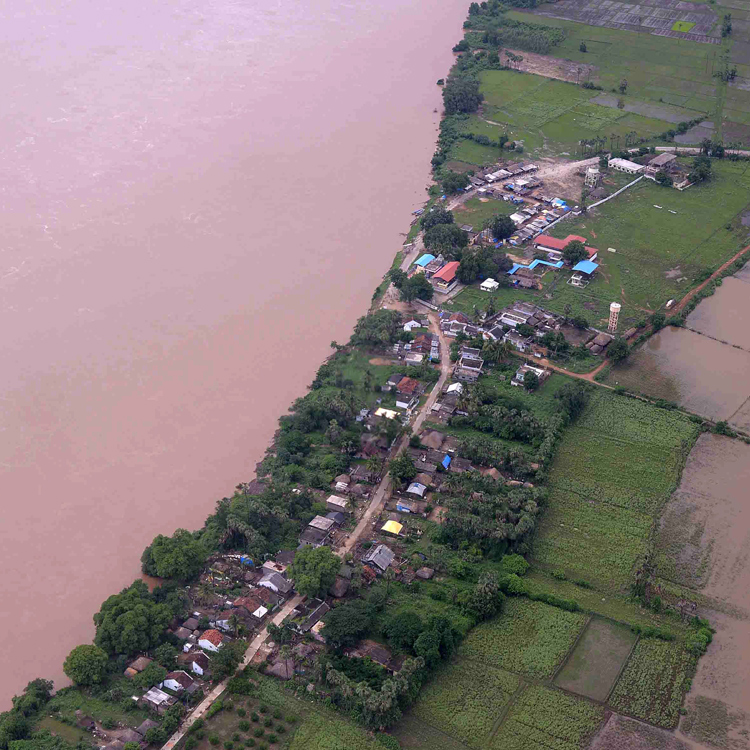 The initiative called Underground Taming of Floods for Irrigation (UTFI), involves diverting excess floodwater from canals and recharging groundwater via village ponds that are modified. Jawaijadid was selected after an intensive study of drainage density, flood frequency, rainfall, land use, geology, slope, soil and groundwater level. Not all flood-prone basins would qualify though. Kosi basin in Bihar, for instance, may not qualify for the experiment because groundwater levels are “shallow,” site experts told The Hindu .

Since there were no excessive floods this year in Jawaijadid, source water was transported to the pond through a de-siltation chamber from a nearby irrigation canal and necessary recharge shafts were constructed for purifying water through sedimentation. Water is allowed to percolate through the ground filling up local aquifers and raising the groundwater level in the process. The water can be pumped during dry season for irrigation.

Waste water and filth in the pond was removed through concrete drains. It took nearly three months to prepare the pond with the help of machines and village community.

“This is an exciting concept which has never really been done before and whose benefits go directly to local communities,’’ said Mr. Pavelic. “Putting this into practice will save on the large funds spent each year on relief and restoration efforts of flood victims and on subsidies for groundwater extraction during non-rainy season. We hope our approach would tackle the root cause of the problem rather than the consequences.”