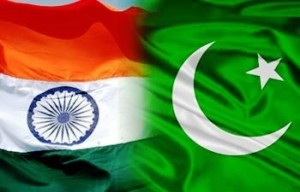 The Indus Waters Treaty 1960, which settled the sharing of the Indus waters, is internationally regarded as an example of successful conflict resolution between two countries.

At a time when States within India are unable to find an amicable solution to sharing water from rivers that flow between them, India and Pakistan are living examples of how water resources can be shared through legal framework.

For 56 years, both India and Pakistan are peacefully sharing the water of Indus and its tributaries, thanks to The Indus Water Treaty.